Will Arrival jump ahead of its rivals?

UK-based electric vehicle developer Arrival is preparing to launch four battery EVs over the next four years, with promises of competitive pricing and a much lower cost of ownership

Considering its first models are squarely aimed at the commercial vehicle sector – the first will be a bus, followed by a van – Arrival will be selling vehicles in an increasingly competitive segment.

Arrival aims to beat out these rivals thanks to its vehicles having a less compromised ‘clean-sheet’ design.

Arrival may have only existed for a few years but it has already attracted some big-ticket investment from automotive and other industries. Most notable among these is a $100 million investment announced at the start of 2020 from Korean automaker Hyundai.

This opened a strategic partnership between the two companies that will see both Hyundai and Kia make use of Arrival components and technologies to electrify their vehicle fleets. Arrival, meanwhile, will benefit from the sheer global footprint and economies of scale achieved by Hyundai.

Like many startups in the electric vehicle space, Arrival has been keen to take advantage of bubbling investor hype in the sector. This excitement is driven by novel companies such as Tesla, which have been able to enter and significantly disrupt the automotive industry despite the extreme barriers to entry. Tesla has been rewarded for its bold strategy with a company valuation that far outstrips its current revenue, driven instead by the promise of even larger sales numbers in the future.

Arrival, itself, merged with CIIG Merger Corp in March 2021 to list on the Nasdaq. The public listing brought $660m in gross proceeds to Arrival to help continue its plan to build production volume and launch new models.

After the listing, the company’s valuation stood at around $13bn, a drastic increase compared to the $5.4bn valuation it had received in November 2020. In January 2020, Arrival agreed a deal with US-based logistics company United Parcel Service (UPS) to supply the firm with 10,000 custom-built electric delivery vans. UPS retains the option to increase this order by another 10,000 units in the future if required.

Currently, Arrival claims to have more than $1.2bn in total existing orders – it predicts that the company will become profitable by 2023 with revenue reaching $14.1bn by 2024. 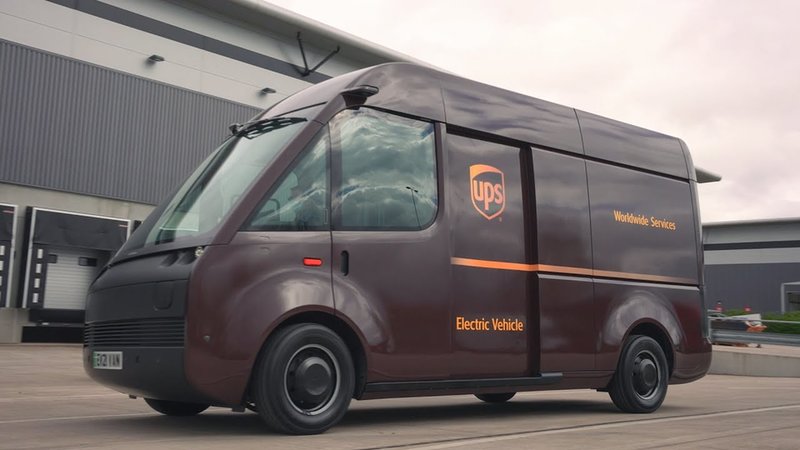 The first release due later in 2021 is a single-decker electric bus. Arrival says the bus will offer space for between 80 and 125 passengers and will feature a range of between 150 and 250 miles depending on battery size. First Group, a UK-based transport company has stated that it will trial the Arrival buses later in 2021, in line with its announced strategy to no longer buy diesel buses after 2022 and fully eliminate exhaust emissions by 2035.

The Arrival bus will face competition from a number of rivals including the UK’s ADL which has a JV agreement with China’s BYD to manufacture electric buses in the UK.

Following the bus will be a pair of vans – one slightly smaller, the other slightly larger – aiming to start production in the second half of 2022. The smaller model offers a payload of up to 2,000kg with a range of between 93 and 211 miles depending on battery size. The larger version increases payload up to a maximum of 4,000kg and, thanks to the longer wheelbase, can fit more batteries under the chassis for a range of up to 250 miles.

While battery details have yet to be fully confirmed, it is expected that Arrival will use cylindrical Li-ion cells manufactured by LG Energy Solution. Reportedly, all Arrival vans have the ability to use DC fast charging at a rate of up to 120kW – typically enough for an 80% charge in less than 40 minutes.

Arrival’s fourth concept is a light passenger vehicle. Considering companies such as Tesla have seized huge swathes of the electric passenger vehicle market, Arrival isn’t going to muscle in on the Californian company’s territory.

Instead, Arrival’s passenger vehicle is clearly aimed at fleet buyers and, to that end, it established a partnership with ride-hail giant Uber in May 2021. The partnership will see Arrival develop an electric vehicle designed in collaboration with Uber’s drivers and purpose built for their use.

Arrival notes that a typical ride-hail vehicle covers around 30,000 miles per year, far more than the 7,500 covered by the average private vehicle, so comfort and utility are crucial. The company says the vehicle will offer a range of up to 186 miles and aims to start production in the second half of 2023.