The future of interior car technology

In-car entertainment and increasing autonomy will pose new challenges and opportunities for designers to overhaul our preconceptions of what an interior should be and how it should function. Until now, interior design has focused on ambience, comfort and luxury.

Scroll down or swipe up to read more

While these are themes that will continue to shape interiors, autonomous driving offers designers the prospect of an empty, self-driving vessel to completely re-imagine. Interior design in an autonomous age will focus on giving occupants something to fill their time with. Tech firms will have a big role to play in this interior transformation, even if it is just by driving car companies to improve.

Sony surprised the world at CES 2020 by unveiling its first concept car, the Vision-S. The all-electric concept did not signal Sony’s entrance into the car market, but rather it was a platform to show off the various auto applications of Sony’s technology, including its cameras and sensors.

Sony’s concept features three fluid dash-mounted touchscreens, unlike many of the clunky in-house designs that dominate the car industry today. This demonstrates the obvious – tech firms are better positioned to design car tech than car companies. Sony is not alone: many tech firms have begun to increase their presence in car cabins.  However, many car firms will also design interiors themselves, in an era where interiors are being increasingly transformed from comfort to entertainment-focused.

Many auto companies are installing digital assistants like Alexa into their cars, including Lamborghini’s Hurucan Evo. Drivers can use the voice-activated assistant to control a series of features, from navigation to car windows. Digital assistants will also control in-car entertainment systems, which are rapidly developing new features. BMW and Fiat Chrysler announced they will bring Fire TV to their rear-seat entertainment screens, allowing for in-car streaming. These features will come into their own when 5G connectivity becomes available.

Car design is increasingly defined by tech. As the autonomous vehicles market develops, cabin design will be drastically changed. Car commutes will become a new period of free time and this shift will mould the cabin of the future. At that stage, the interior potential does not stop with entertainment but could also stretch to accommodating an on-the-go workspace. Cars may become an opportunity for tech in the same way that PCs became an opportunity for firms like Intel. This will likely take place through large-scale cooperation between tech companies and car brands. 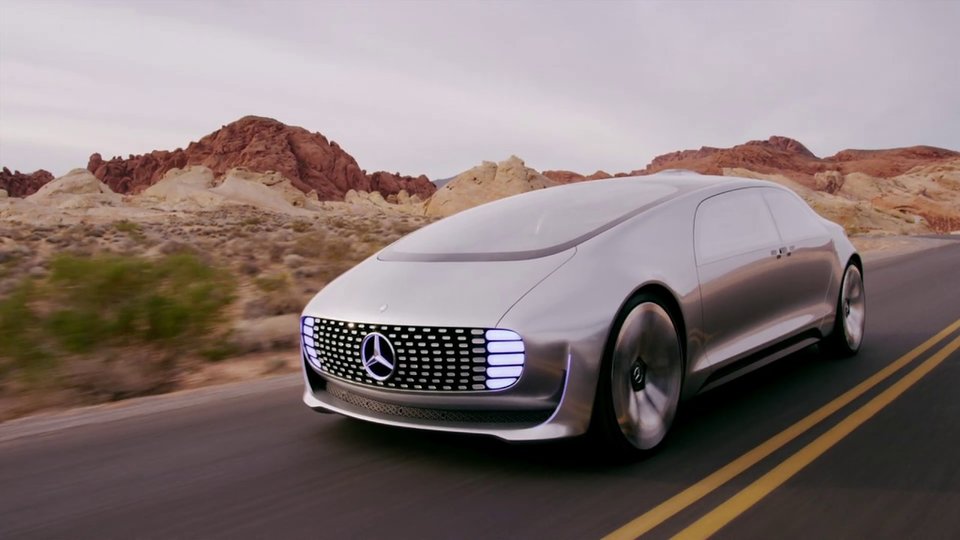 Mercedes toyed with swivelling chairs in its F 015 concept. The chairs open up the cabin, creating a sitting room-like experience. Peugeot’s e-Legend concept goes one step further, and may have revolutionised how we think about interiors. The design features a steering wheel that retracts to reveal a 49-inch screen embedded in the foot well. When in autonomous mode this screen displays both video and games.

The transformation of interiors will provide the tech world with a whole new landscape to explore and work with. Interiors will be the next battleground where car companies will compete. These battles will be fought with the aid of leading tech firms, making the possibilities endless – so whilst speculation over tech will be rife, it’s best to sit back and enjoy the ride.